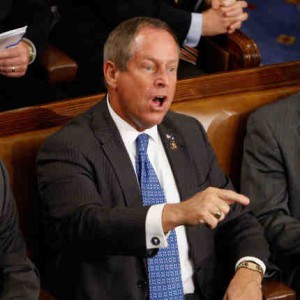 I am so disgusted with our community. It seems that nobody is faithful to their partner anymore.

Now that I’m single, I am meeting all these gay men in “committed” relationships who want to fool around with me “on the side”.

At first I thought it was just a fluke, but it keeps happening over and over again. I’m not looking to rush right into another relationship, but I don’t want to be someone’s “piece on the side” either.

Why isn’t anyone faithful anymore?

First of all, I imagine it’s pretty hard for you to end a 10-year relationship. You’ve been out of the dating scene for quite a while. Give yourself plenty of time to readjust.

Keep your expectations reasonable and realize that it usually takes about 6 months after a long-term relationship for the “shock” to really wear off.

The transition to being single doesn’t happen overnight: it’s a process, not an event. Getting used to being on your own is bound to be tough, no matter whether your relationship was monogamous or not.

And let’s talk about monogamy. Just because your relationship was monogamous, doesn’t mean it’s the perfect model for everyone. If it worked for you, great. It doesn’t work for everyone: take a minute, read your Email, and notice how judgmental you are.

You say you’re “disgusted” with men who aren’t monogamous in their relationships. It sounds like this issue pushes your buttons. Take responsibility for your reactions and do a little introspection to see why “open” relationships “disgust” you so.

So all these “married” gay guys are hitting on you. Are you doing something to attract them? Are you meeting single men too? If not, perhaps you’ve got something going on where you are attracting “unsuitable” guys (e.g., not single).

Take a look at your own motivation: what is it you want right now? Do you want to have fun and date? Do you want to find someone great to settle down with? If you don’t know what you want, you may be putting out mixed signals. Again, take responsibility for your part in this.

Do you remember what flirting is? Perhaps your memory is a bit hazy. While some guys take flirting as playful fun; other guys may take flirting as a sign that you’d like to have sex with them. Could this be your situation? Maybe you think you’re just being friendly and outgoing and it’s being misinterpreted as “I’m available for sex and you look good to me”.

Many relationships between men are not 100% monogamous. Is this a crime? Many of my clients in long-term relationships tell me that their relationships go through cycles of being “open” and “closed”.

In this column, I’ve written about the joys and perils of each. Neither is better, they’re just different. See if you can stop judging people and accept that these guys find you attractive. You simply need a gracious way of saying, “Thanks, but no thanks” to the married men who find you hot. Tell them something like: “I’m flattered, but I’m really looking for single guys”.

By saying something like that, you’re being gracious to them and putting out what it is you really want. Eventually, the married guys will leave you alone and the single guys will get the message.