The “Right” Way to Die 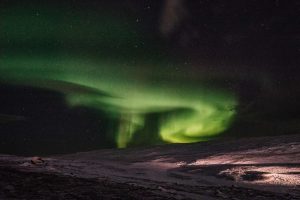 A year ago I was told that my little sister was not going to live long. In some ways, this wasn’t a surprise: she’d been on Hospice care for a while before that and we – her family – were told that her forty-year struggle with multiple sclerosis (MS) was almost over.

When you’ve watched someone you love change from a vibrant, healthy college student to a sixty-year-old woman who no longer can feed, walk or go to the bathroom by herself, the idea of death can seem like a relief: at last she’ll be out of her poor, old, suffering body.

And then she doesn’t die. For weeks. Then months. And now, a year later, I got a message that is awfully damned close to the message I got last year: she’s going downhill and we don’t know how much longer she has to live.

It’s even more confusing for me because – of my three siblings – this is the sibling I’ve always loved the most, been the closest to and felt the most in common with. And, she’s dying…

Or is she? She’s not doing it “right”, is she? Of course, this is crazy-thinking and crazy-making. After all: what is the “right” way to die? Quickly and glamorously? Die young and leave everyone in shock at how beautiful you are? Or is it to go downhill slowly, ever-so-slowly, like most of us probably will.

But what happens when someone breaks the rules and does it “wrong”: has a chronic disease for forty years, appears to be ready to die, family members fly in to say goodbye, permission to “let go” is given (cue: corny – but depressingly accurate – movie scene) and then the person doesn’t die after all. In fact, they seem to improve. Should we be happy? Sad? Confused?

My sister told me, a year ago, that she was ready to die, should I grieve for her that she’s still alive now? Or should I be happy she didn’t die as she wished?

I went to my therapist today with incredibly mixed emotions (yes, therapists have therapists. How do you think we’re able to be so grounded and present for you during your sessions?) I had all kinds of emotions floating around; predominantly: guilt. Yes, yours truly felt major guilt that my sister hadn’t yet died. I felt selfish and self-centered. After all, who of us can play God (or god with a small “g”) and profess to know how long any of us should live and just when, and under what circumstances, we should die?

What would you do? How would you handle it?  Is there a “right” way to die? If so, how can you recognize it?

I talked to a few close friends about this and was surprised that almost every one of them had experienced something similar with someone they loved. Obviously, there is no “right” or “wrong” way to die: there’s just the way it unfolds for each of us. As the Zen Buddhists say: there’s what is and there’s what you wish it was; accepting death – however it happens – brings peace; wishing it were different creates much suffering.

After working with terminally ill children and their families at San Diego Hospice, I thought I had “seen it all” as far as death goes (so much for my humility).

My sister’s impending death is hitting me hard. It’s sad and painful and confusing to watch someone you love as they ever-so-slowly slip away.