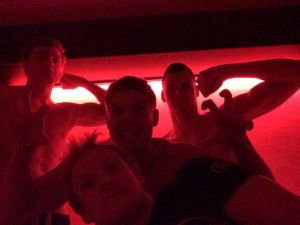 I was recently at a party where I was asked, “As a therapist, can you tell me why there are so many more bottoms than tops?”

Well, some things may be eternal mysteries, but I’ll give the question my best shot. I can’t assume that this guy’s observations are accurate (and who could prove them?), but the question of why people choose to be tops/bottoms/versatile is a fascinating one.

Unfortunately, I haven’t seen much research in psychological journals on this matter, so I will have to go with my own observations as a psychotherapist and openly gay man.

It is my observation that a large percent of gay/bi/trans men enjoy both topping and bottoming.  Does such versatility indicate a unique psychological makeup or is it just a physical preference?  Is it emotionally “healthier” to be able to enjoy being sexually expressive in a variety of ways?  What – if anything – lies behind the stereotypes of tops and bottoms?  Does being a top represent being active, aggressive, overly masculine or being in control?  Could it also represent a fear of vulnerability and being penetrated?  Is bottoming about being receptive and secure enough to allow another to enter you and “merge” with you…or is it more about being passive and submissive?

While there may be some truth in stereotypes, being a top or a bottom or versatile may not necessarily mean anything.  For example, most of us know men we could consider “power bottoms”:  men who are very assertive and controlling bottoms, who often orchestrate their sexual encounters down to the last detail.  We also know top men who are gentle and even androgynous, busting that hyper-masculine, Marlboro Man image.

In my private practice, I have noticed that many clients – particularly younger men – start out their sexual lives as exclusively tops or bottoms until they eventually find themselves in an intimate relationship with another man. There, they often feel comfortable enough to explore that “other side” of themselves.  Top men decide to allow their lovers to penetrate them; bottom guys want to try being inside their man.  This doesn’t always lead to versatility, but it allows both men to see what its like to play each part and see how it fits him (pun intended).

Experiment. Keep an open mind. Try new things. Keep pushing your own envelope (mentally and physically) and let go of the overly simplistic focus on tops or bottoms. If – like the guy at the party – you lament the lack of top men in your life, perhaps it would be more helpful to look at the lack of sexual and emotional fulfillment in your life, rather than to expect a time-worn stereotype to make you happy.